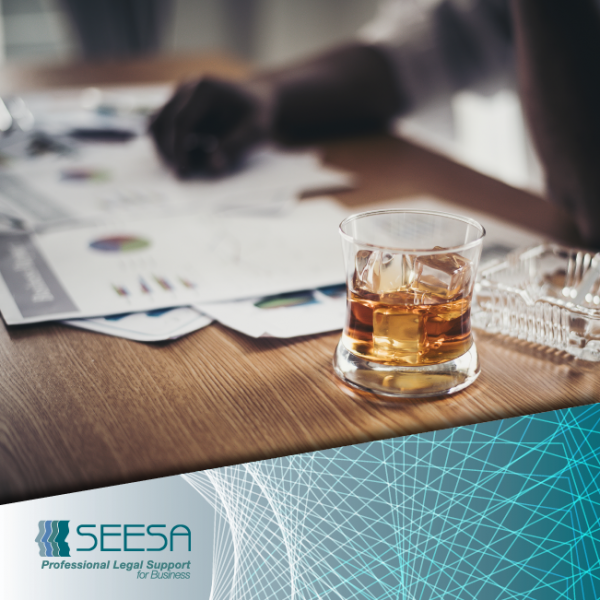 Alcoholism in the workplace: Misconduct or Incapacity?

Years back, during my 3rd year with SEESA, I was confronted with the following facts during a Disciplinary hearing. The barman at the hotel consumed alcohol whilst on duty that belonged to the company. I immediately thought, after listening to the employer’s statement along with the evidence submitted, that this would justify a dismissal. The employee, however, presented his case, and it was discovered that the employee was a recovered alcoholic who has been sober for 18 years (The company was aware of this). A week prior to the incident, his wife left the household without warning. This caused the employee to stress, and along with other factors, he relapsed back into alcoholism. I converted the matter into an Ill Health incapacity, although there was clear misconduct by being under the influence and the dishonesty (consuming alcohol belonging to the employer without permission). The employee had no control over his actions as he was an alcoholic. The company, therefore, had a responsibility to assist him.

Employees may be dismissed if they consume alcohol or narcotics drugs to the point that they are rendered unfit to perform their duties. There may, however, be a thin dividing line that is often blurred between cases in which alcohol or drug abuse may properly be treated as misconduct and those in which it should be treated as a form of incapacity like in the above scenario. According to the code of Good Practice, a dismissal for incapacity may require counselling and rehabilitation. In Transnet Freight v Transnet Bargaining Council, the court found that alcoholism should be treated as a form of incapacity and employers should counsel and rehabilitate offending employees instead of disciplining them. Rehabilitative steps need not to be undertaken at the employer’s expense unless provision is made for them in a medical scheme.

So what do you do when you find that you have an employee who may be an alcoholic but who certainly has a drinking problem which is affecting his work or the workplace? Firstly, get as much information as possible from his supervisor or line manager;

Build up all the information that you possibly can and contact SEESA so that an Ill Health incapacity meeting can be arranged.

Employers can also seek the advice of organizations such as SANCA (The South African National Council on Alcoholism and Drug Addiction) or Alcoholics Anonymous, or similar organisations.

When employees who are not alcoholics report for duty under the influence of alcohol, they commit misconduct because they have control over their actions. This is the case in the majority of matters, and employers can take the necessary disciplinary action against such employees.

Peter Muller started his career with SEESA in 2011 as a Labour Legal Advisor.

He obtained his LLB from the University of the Free State.