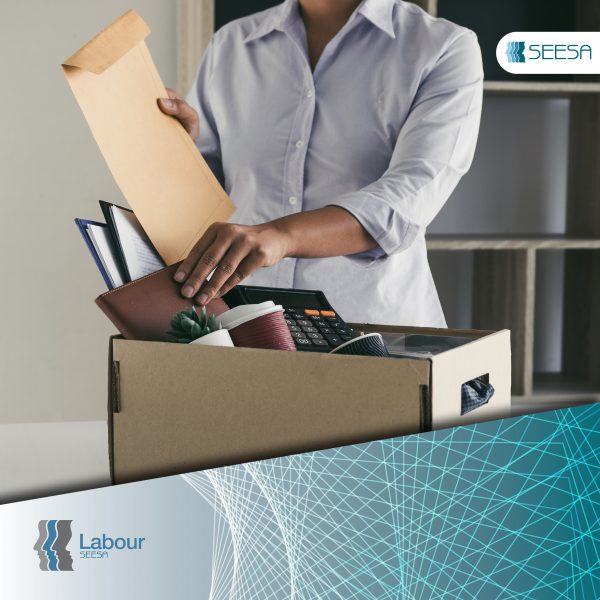 Employees who believe they have been unfairly dismissed may refer the matter to the CCMA for arbitration. Such an employee will be required to establish only that they had indeed been dismissed. The employer then has the burden to prove that the dismissal was fair, substantively and procedurally. It is trite that this process takes the form of a hearing de novo. That is to say that the matter is heard “anew” by a Commissioner sitting as arbitrator. An employer has to lead evidence as to the grounds for the dismissal and the process followed to overcome this burden.

Assuming a procedurally fair disciplinary enquiry pre-empted the dismissal, it would invariably have involved leading evidence and testing of evidence presented by the other party. The rules of evidence, albeit more relaxed, still apply, and disciplinary hearings often take on the format of court-like proceedings before a suitably qualified Chairperson.  By its very nature, arbitration is a duplication of these proceedings. This is clearly undesirable not only for the employer, who will need to be away from work – together with any other employees that were used as witnesses but also in certain circumstances for the dismissed employee, who will have to wait for the arbitration to be reinstated should there not be substantive grounds warranting dismissal.

The Labour Relations Act provides explicitly a vehicle whereby this duplication of proceedings can be dispensed with section 188A. The parties agree that there will be an inquiry by an arbitrator before dismissal, dispensing with the internal disciplinary hearing altogether.  Such an inquiry is presided over by a CCMA Commissioner, whose decision will be final, subject only to review by the Labour Court. The matter cannot be referred for arbitration at the CCMA again after that, effectively expediting the inevitable. This process was previously called a “pre-dismissal arbitration”, now simply referred to as an “inquiry by the arbitrator”.

It is, however, important to realise that this process is not appropriate for all instances of misconduct but is a tool available under particular circumstances. Some considerations are, firstly, that this process can only be embarked on with the employees’ consent. Second, it is subject to a prescribed fee payable by the employer, which could be prohibitive sometimes.

Section 188A does, however, provide that an employee earning over the threshold may agree in a contract of employment to an inquiry by the arbitrator.  This perhaps alludes to the fact that it only makes sense to proceed in this manner in very contentious matters involving senior employees – with a clear understanding of the risks.

It is clear that the courts hold the view that where an employer has elected to proceed to an arbitrator enquiry, the employer abandons the right to discipline internally. The arbitrator steps into the employer’s shoes for such purposes, and it cannot withdraw from that process unilaterally. By “offering” the option of a pre-dismissal arbitration to an employee, the employer should accept that if this offer is accepted in the form of the consent of the employee, an agreement comes into existence – an agreement that the allegations of misconduct must be determined through a section 188A arbitration. This agreement does not fall to the wayside if an award made at such arbitration is ultimately set aside. The parties remain bound by it for as long as it relates to the same misconduct allegations, and the employer cannot revert to an internal disciplinary hearing thereafter. Should an employer breach this agreement, such a breach will constitute a breach in the employment contract and may result in the dismissal being unfair considering such breach irrespective of the underlying substantive merits.

In determining the consequences of setting aside a dismissal award made at section 188A proceedings, the court has confirmed that the position restores to the status quo ante has the effect that the employment relationship is revived retrospectively as if the dismissal never took place. Where there is an order that the dismissal is set aside and must be reheard, the new arbitrator is not asked to uphold or dismiss the previous arbitrator’s award. As such, the position cannot be that the employee remains dismissed until the matter is arbitrated again. It is a hearing de novo, and the parties appear before the new arbitrator as if no decision had been made. It follows then that the employee is still employed should a dismissal be set aside on review, regardless of the time to be heard on review. This is ultimately the risk that an employer has to accept when it opts for an inquiry by the arbitrator.

For the reasons listed above, pre-dismissal arbitrations are not common and should be reserved for only the most patently contentious matters where duplication is inevitable and where the employer accepts the risks involved.

Contact your nearest SEESA office to assist your business with any queries regarding pre-dismissal arbitrations. Alternatively, leave your name on our website for a SEESA representative to contact you.

Charl Vollgraaff joined SEESA in 2016. He is a Legal Advisor in the Labour Department at the SEESA Port Elizabeth branch. After obtaining his LLB degree, he was admitted as an Attorney in 2010 and practised for six years prior to joining SEESA. He also has a master’s degree (LLM) in Labour Law from the Nelson Mandela University.

DYK – A Supplier May Be Held Liable For Damages Caused By Products Supplied To A Consumer In Terms Of The Consumer Protection Act?
Previous Post
Are employees who work 6 days a week entitled to additional leave?